What is SMS and How is it Different from Text Messages?

What is SMS? SMS has been in our lives for decades now, but the origins of the technology go back a little further than you might think.

In 1984, a German engineer by the name of Friedhelm Hillebrand along with a colleague Bernard Ghillebaert, begun work creating a system that would allow them to send messages through the telephone network using GSM standards.

Their research eventually paid off in the 1990s. The first-ever SMS was sent via the United Kingdom’s Vodafone GSM network. By the 2010s, hundreds of thousands of SMS messages were being sent every single second.

The technology has become a part of our daily lives, but there is one question many people have always wondered about. That is, “What is the difference between SMS and text messages?“

The Simple Difference Between SMS and Text Messages

What does SMS mean? Well, it stands for Short Message Service, and it’s the most common form of text messaging used today. A single text message is limited to 160 characters including spaces.

MMS stands for Multimedia Messaging Service. It is the media variant of an SMS message that allows users to send images, videos, or audio via a traditional cellular network. This was a common way of sending pictures, also known as Picture Messages, to friends and colleagues before mobile applications began using mobile Internet networks to send larger files.

How much data can messages send?

Every text message, or SMS message, consists only of text. If a user sends more than 160 characters, it may be sent in up to 6 parts total number of 918 characters in the linked message.

Users may not know that sending more than 160 characters in a text message may result in the sending of an MMS message, which will cost more depending on your carrier. However TextMagic solution does not convert SMS to MMS messages regardless of their length.

Historical and regional usage of the term “SMS” 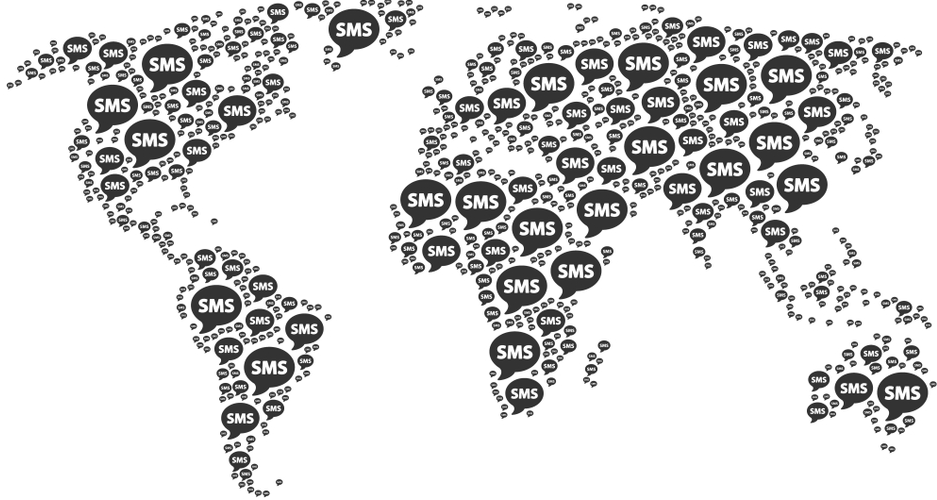 In the early days of the technology’s use, it was often referred to as “SMS.” The abbreviation was used as a noun, to describe the message. It was also used as a verb. It wasn’t uncommon to hear early cell phone users describe that they were “SMSing” a friend.

Initially, “SMS” was used to differentiate between other forms of electronic messaging, including email.

Users might only ever see the “SMS” used by their network provider. This is part of the reason why many people believe there is a difference between SMS and texts.

In everyday language, these messages are known as “texts”, and “SMS” has fallen out of common usage. This is true for the United States and the rest of the English-speaking world. Though, there are places in continental Europe that still use the saying: send me an “SMS”. In most modern usage, however, the term “text message” offers sufficient context to describe an SMS message. This is despite the existence of many other forms of electronic messaging.

More people than ever use this technology

Today, 83% of American adults own a cell phone. Almost three-quarters of those cell phone owners send or receive text messages on a daily basis.

According to a study from the Pew Research Center, those who communicate using text messages send and receive 41.5 messages on average every day. That means millions of text messages are sent every single day, despite the rise of social media and Internet-based messaging services.

Cellular networks remain strong. Users continue to communicate on their smartphones the same way they did on their previous cell phones.

It’s the most popular marketing method with customers

Studies have shown time and time again that customers prefer to be reached via text. This is likely a result of SMS messages being shorter. According to a study by the Cellular Telecommunications Industry Association, consumers have more trust in SMS; and 93% of consumers considered SMS to be a more trusted communications environment. This is a result of users receiving fewer spam texts than they receive spam emails. The study showed SMS texts to have a 2.8% spam rate; substantially lower than email’s 53% spam rate.

Another study found that 54% of consumers would prefer to receive marketing promotions via text messages. However, only 11% of businesses questioned were currently sending them. The data shows that customers trust SMS more than emails, and are more willing to engage with text messages. Perhaps this is because of the technology’s long and established history of delivering short, concise, and important messages quickly.

Users have a closer connection with text messages than emails because they feel it is more personal and instantly accessible. Not everyone has their work email on their phone, and not everyone checks personal emails on their device as soon as they come through. Text messages, however, elicit an instant response in many people and continue to be one of the most effective forms of marketing.

Research also shows that SMS text messages are now the preferred form of communication for millennials over phone calls. One Gallup poll found that 68% of millennials admit to SMS texting “a lot” every day – some 21% more than Generation X. Young cell phone users have begun ditching phone calls and prefer to communicate via small short messages. This concept was proven popular following the development of SMS technology in the 80s and 90s, and it has remained popular possibly as a result of millennials having grown up with the technology.

Interestingly, however, text messages remain popular with those who didn’t grow up with access to quick and easy text communication. This phenomenon of people wanting to avoid talking over the telephone was observed in Japan at the beginning of the 21st Century. A 2005 book entitled “The Inside Text: Social, Cultural and Design Perspectives on SMS” explains how Japanese cell phone users turned to text messaging as a way of avoiding phone calls.

Text messaging has a bright future

People still ask about the difference between SMS and text messages because text messaging is more relevant than ever before. 4G and 5G Internet connectivity have made it easier to share large files, but text messages remain popular because they stick to the simple principle of sharing small snippets of information in an instant.

It has also become one of the most popular forms of marketing not just for businesses, but for customers as well. Text messages allow users to receive updates about products and services they are interested in, get quick updates about an appointment they have planned in the future, or receive important information about work from an automated system. Text messages are versatile, easy to send, and can be incorporated into automated business systems in a much simpler way. They also don’t require an Internet connection.

For as long as users require quick and easy communication, text messages will be there to offer that important service.

One advantage of using text to stay in touch with customers is the opportunity to increase your number of customer reviews. SMS subscribers are already more engaged with…

The Complete Guide on How to Understand and Manage Customer Expectations

Customer expectations drive a business toward success or lead to its eventual failure. It’s all about how well you handle them. According to the SalesForce “State of the…