When Was Texting Invented: The History of Texting

Information channels and communication technologies have evolved rapidly over the last several decades. Back when texting was invented, messaging capabilities were scarce. Today’s smartphones are equipped with technology and services that were only available using multiple devices when they first came out, including RCS, GSM, 3G, cross-network text messaging, bulk text messaging, and many others.

Texting on 1990s phones meant you had to put your thumbs to work on a tiny 10-number keypad (and no, predictive texting wasn’t a thing yet). SMS text messaging started replacing time-consuming phone calls with trillions of texts that instantly send relevant information to the right audience.

With today’s technology, you can start bulk text messaging with the touch of a button and use a dedicated communication channel like WhatsApp to send files of any type to the device of your choice. This type of technology has come such a long way that it’s worth taking a look back at the fascinating developments which shaped the history of texting.

The history of text message communication

Let’s take a look at how texting started, who played a key role in texting history, and which devices marked its evolution.

The beginning of text messaging

1837 – 1844 – The electric telegraph was invented in 1837. It was the first device that could electronically send text-based messages from one location to another. The first telegram, sent by Samuel Morse ( inventor of the Morse Code), only traveled for two miles.

By 1844, Morse had set up the first long-distance telegraph system between Baltimore and Washington — a total distance of 44 miles. The first message sent using the system read, “WHAT HATH GOD WROUGHT.” This is a direct Bible reference and a Book of Numbers quote, which translates to “What has God made?”, meant to point out the miraculous nature of technological progress. 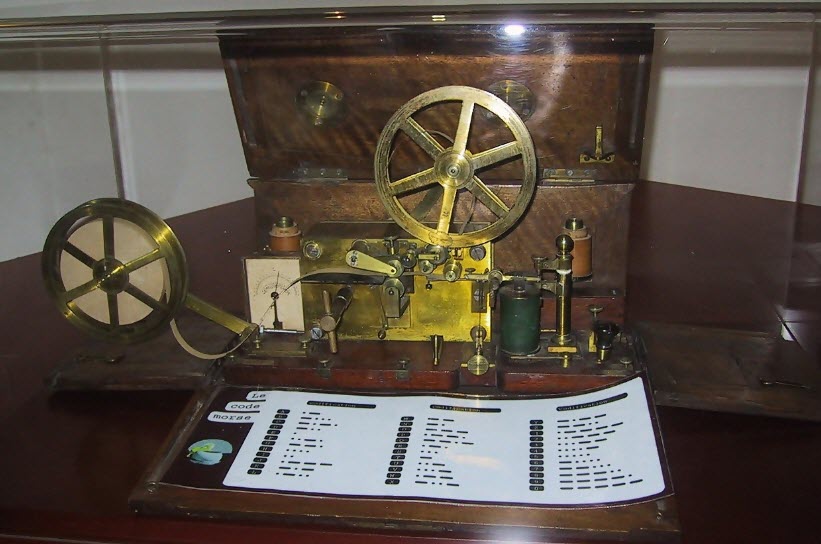 Radio communication followed shortly after, with the invention of radiotelegraphy or wireless telegraphy. Guglielmo Marconi invented the first radio transmitters/receivers between 1894 and 1895, which paved the way to the development of radiotelephony. At the beginning of 1908, transoceanic stations exchanged telegrams of up to 200 words per minute.

1933 – The German Reichspost (postal service) unveiled the Telex service to overcome the shortcomings of telegraphs. Telex was a public network of teleprinters that was very similar to today’s telephone networks.

When and how was texting invented?

1984 – Text messaging started with Friedhelm Hillebrand and Bernard Ghillebaert. The first SMS messages were limited to 160 seven-bit characters so they could fit onto existing signaling formats.

A fun fact about the history of texting – Hillebrand argued that while 160 characters don’t sound like a lot, that’s actually more than enough characters to convey most messages. He sat at a typewriter and typed out random sentences, counting every letter, number, punctuation, and space to reach this conclusion. Almost every time, his random musings fell within the 160-character limit.

Hillebrand and Ghillebaert are credited with coming up with the SMS (Short Message Service) concept. The SMS invention is attributed by some to Finnish engineer Matti Makkonen the “Father of SMS”, for his work at Nokia — though he doesn’t consider himself the inventor of texting due to the large number of engineers involved.

When did texting start?

1992 – The first text message was sent to a cell phone by 22-year-old engineer Neil Papworth. The recipient was Richard Jarvis, who was attending a Christmas party near Vodafone headquarters in Newbury, England. This is when texting as we know it was invented. What did the first text message say? The text was a heartwarming message that simply read “Merry Christmas”.

1993 – A year later, Brennan Hayden, an engineer for Irish wireless company Aldiscon, sent the first commercial text message. It said “burp,” which had nothing to do with gastroenterology but instead signified the “birth” of a new form of communication in the history of texting.

Which was the first texting phone?

The 1993 cell phone released by Nokia was the first phone that could text.

One of the first cell phones that could text messages: Nokia 2110 (left) 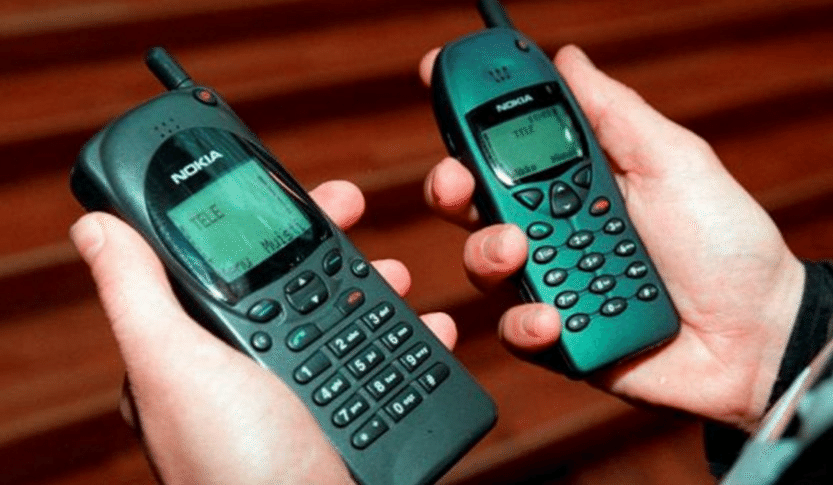 1995 – Autofill was a key development in the history of texting as well — it opened the door to faster texting. The first autofill technology was called “T9”. This technology made it quite a bit easier to send text messages using a 10-digit keypad. 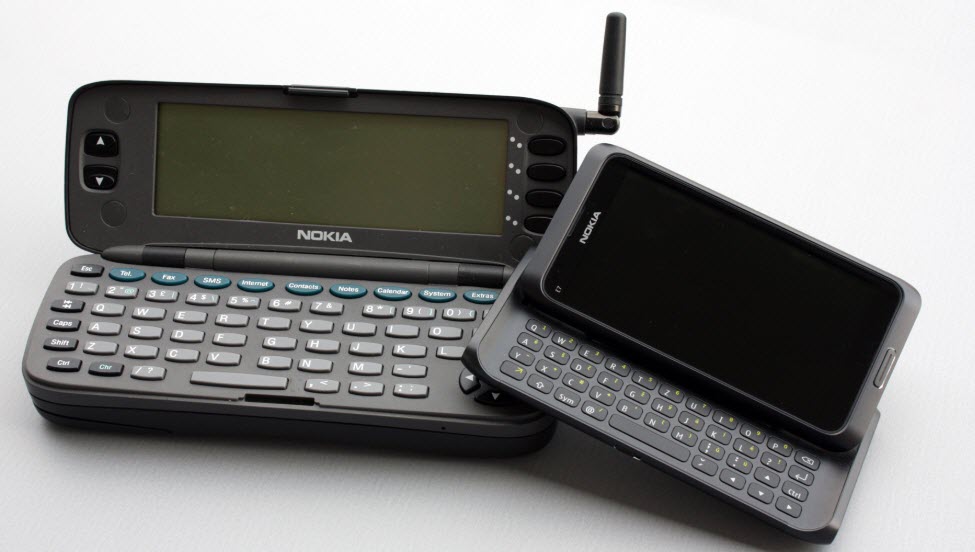 The 9000 had what would be considered a large keyboard for a cell phone, but a small keyboard compared to today’s tablets.

When did texting become popular?

1999 – Another important milestone in the history of texting was the introduction of cross-network texts. Before 1999, you could only message people who shared the same service provider.

2000 – Texting becomes mainstream, with message volumes reaching an average of 35 texts per person per month in the U.S. Texting was especially popular among college students prompting The Wall Street Journal to call texting “a new fever”.

2001 – Texting popularity takes off, as many companies turn to SMS as a primary marketing tool. In light of this new market development, TextMagic was founded and began helping businesses improve communications and mobile marketing ever since.

How did text messaging evolve?

2003 – SMS messaging found a new purpose when the TV show American Idol pioneered “text to vote”. Viewers could choose their favorite singer by texting their vote to a number displayed on-screen.

2007 – Texting becomes the most popular mobile data service worldwide, used by 2.4 billion out of 3.3 billion mobile phone users. The number of texts sent surpassed the number of calls made for the first time. Apple released the first iPhone the same year.

2008 – The United Way launched the first “text to donate” campaign, which was featured during Superbowl XLII. In the same year, Obama famously used a ‘text to donate campaign’ to help him win the election. He also used SMS software to send bulk text messages and grow his grassroots campaign.

Texting in the modern era

2010 – At this point in time, text messaging was a mainstream practice in many cultures. In fact, the verb “texting” was added to the dictionary in 2010 – no surprise given that the number of text messages sent worldwide reached 6.1 trillion that year (roughly 1,000 messages per person)!

2019 – While mobile messaging apps continue to grow in popularity, they have not extinguished SMS messaging, which is still a growing market. For example, the market for enterprise SMS is rapidly increasing as companies continue to look to this communication channel as a new way to connect with customers.

The future of SMS – Businesses will increasingly use SMS software to interact with customers. SMS messages are already used to ask for feedback, send parcel delivery notifications, carry out security authorizations, confirm appointments, and so much more. These business-to-consumer text messages are often called “SMS notifications” and are usually sent to announce special events or in response to transactions. 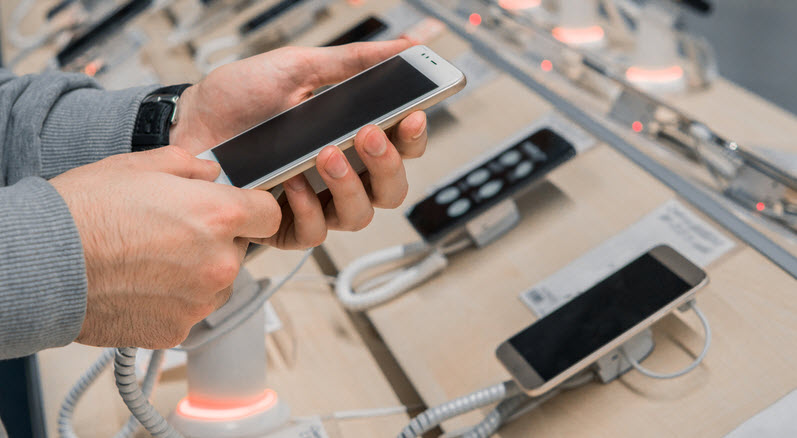 Public institutions are also increasingly turning to SMS notifications as a way to send important public safety information or alerts.

Read more about the benefits of text messaging and how enterprise clients can use text messages to better engage with customers.

Today we will continue our series of integration tutorials with a quick guide on HubSpot SMS automations. All of the automations in this article can be created with…

With the rise of technologies like social media, instant messaging, chatbots and email, it is easy to forget that texting is still a popular and powerful form of…